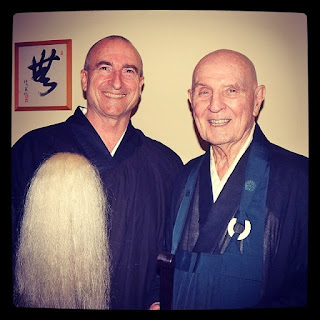 Shiho, an intimate ceremony between teacher and student, empowers the disciple to transmit independently the Zen teachings in the Deshimaru lineage.

This is the second time Robert Livingston has given dharma transmission, the first to Tony Bland Roshi of the Mississippi Zen group.