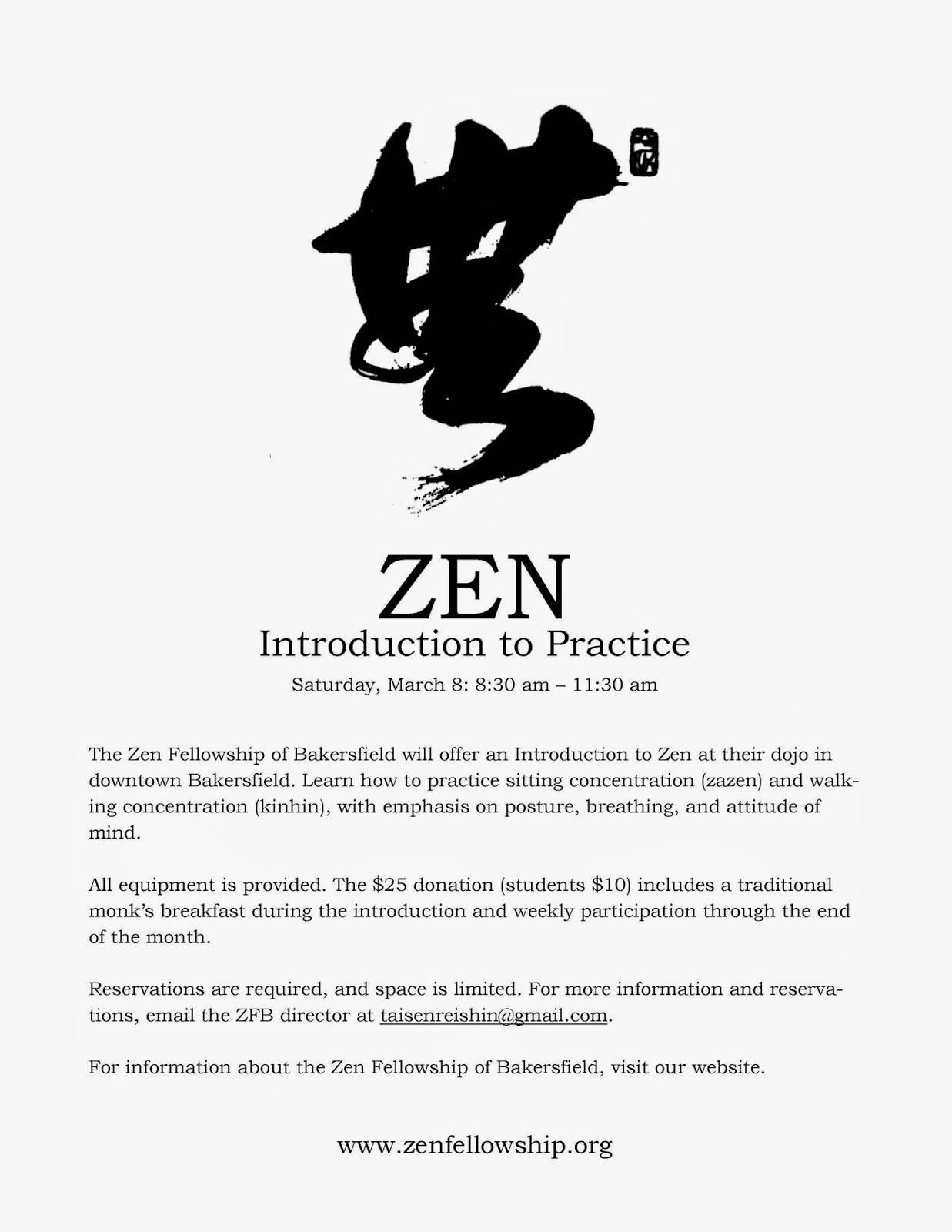 The Zen Fellowship of Bakersfield will offer an Introduction to Zen. Learn how to practice sitting concentration (zazen) and walking concentration (kinhin), with emphasis on posture, breathing, and attitude of mind. All equipment is provided. Dress in loose, comfortable clothing.

A $25 donation (students $10) includes traditional monk’s breakfast during introduction and weekly participation through the end of the month.

Reservations are required, and space is limited.

For more information and reservations, email the director from the "Contact" page. For directions to the dojo, see the "Visit" page.
Posted by G. S. Enns at 4:51 PM No comments:

Email ThisBlogThis!Share to TwitterShare to FacebookShare to Pinterest
Labels: events


Excerpted. To read the rest of the review, visit Sweeping Zen. 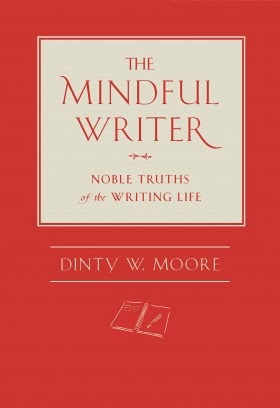 The paradox of a good inspirational wisdom book is that the moment you finish a page or two, you are compelled to put the book down, to stop reading and just live life. And what about a good wisdom book—on writing? It screams through its implications—throw me down! Why are you even reading me right now when you could be living the life of the writer?

In the case of The Mindful Writer (2012), which I consider just such a book, Moore and the well-known authors he quotes and explicates compel us to just drop the book and live the moment—to notice the surroundings, to sit down at the writing desk, to catch a thought on the page and see where it might lead.

Moore’s central assertion is that mindfulness is essential for a fruitful, truly satisfying writing life. Writing is life, and life is writing, and so it follows that what is true of every other aspect of life is also true of writing.

Moore establishes this assertion by defining the mindful writer as one who remains “attentive to the task at hand, seeing the words that are before you, hearing the possibilities in your mind, not succumbing to the thousands of other willing and ready distractions” (7).

To further clarify, he adapts the Four Noble Truths to the life of the writer:


The writing life is difficult, full of disappointment and dissatisfaction.

Much of this dissatisfaction comes from the ego, from our insistence on controlling both the process of writing and how the world reacts to what we have written.

There is a way to lessen the disappointment and dissatisfaction and to live a more fruitful writing life.

The way to accomplish this is to make both the practice of writing and the work itself less about ourselves. To thrive, we must be mindful of our motives and our attachment to desired outcomes. (8)